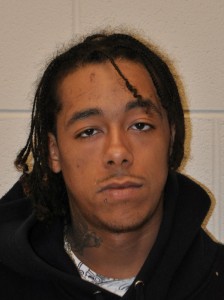 On Thursday, February 21, 2013, officers of the Henderson Police Department were dispatched to the intersection of Davis Street and Nicholas Street in Henderson in response to gunfire. When officers arrived, they found Ja’Quon Seward, 17, 710 Southerland Street, Henderson suffering from a gunshot wound. Seward was transported to Maria Parham Medical Center. Shortly thereafter, Seward succumbed to his injuries. Additional information will be provided as updates become available.

On 2/21/2013 Daquan Ortiz, 20, of Henderson was arrested and charged with voluntary manslaughter for the shooting death of Ja’quon Ty’ree Seward, 17, of Henderson. Mr. Ortiz received no bond pending an initial appearance on February 22, 2013. 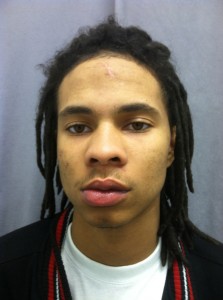 On 2/22/2013 A search warrant was conducted at 315 Davis Street, Henderson in relation to shooting death of Ja’quon Seward. Corey Cheek Jr. 17, of 315 Davis Street Henderson, NC was arrested and charged with intimidating a witness. Mr. Cheek received a $10,000 secured bond. Investigation is still active and ongoing.

Anyone with additional information is asked to contact Crime Stoppers at 252-492-1925.  Rewards are being offered.