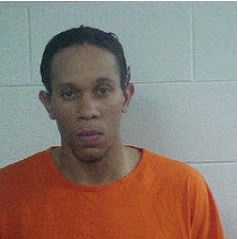 On October 29, 2013 members of the Henderson Police Department Criminal Investigations Division with the assistance of the Warren County Sheriff’s Office arrested and charged Quinton Talley, 26, of 142 Parrier Street, Henderson with first degree kidnapping. Mr. Talley was charged with a domestic violence protection order violation by the Vance County Sheriff’s Office. The victim was also located with Mr. Talley and was taken by EMS to an area hospital for treatment. Mr. Talley received a $150,000 secured bond for the kidnapping charge and no bond for the domestic violence violation. He is scheduled for a court hearing on November 4, 2013.

Mr. Talley has a pending charged in Vance County Court for kidnapping the same victim at gunpoint from Henderson in 2011.

Mr. Talley is due to be served additional charges for first degree rape, and assault inflict serious injury later today.