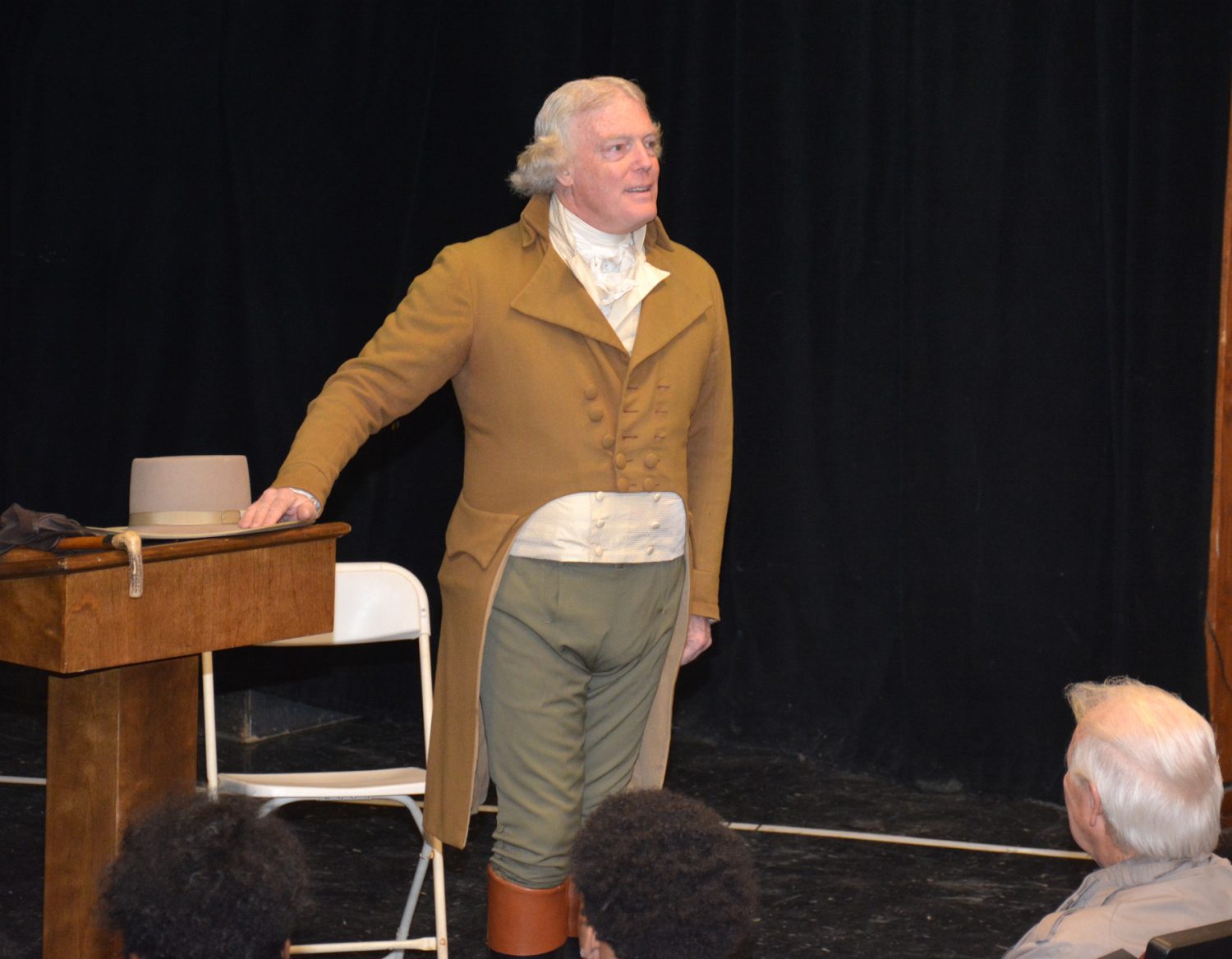 A series of lectures at Vance-Granville Community College by Bill Barker, in character as President Thomas Jefferson, were so popular in 2016 that the college’s Endowment Fund is bringing him back to the community.

Barker will speak as Jefferson on the “Freedom for Religion” in the VGCC Civic Center on the college’s Main Campus in Vance County on Monday, March 20, at 11 a.m.

Then, he will present “Mr. Jefferson on Food and Wine” at the same location on Monday, March 27, at 11 a.m. The VGCC Culinary Arts department will provide refreshments for the occasion.

Both of the talks are different from the well-received presentations that he made at VGCC in 2016, which touched on science, the Constitution and slavery.

This year’s hour-long presentations, which include time for questions from the audience, are free and open to the public.

Barker has portrayed Thomas Jefferson in a variety of venues since his first appearance at Independence Hall in Philadelphia in 1984. He has received critical acclaim as the resident “Mr. Jefferson” at Colonial Williamsburg, Va., since 1993.

Born and raised in Philadelphia, his interest in Thomas Jefferson reaches back to his youth. He enjoys researching the American world Jefferson knew with an interest in the role this Founding Father played and continues to play in our American identity. Barker has a local connection, as his father was an Oxford native and he has many relatives in Granville County.

Barker received a Bachelor of Arts, majoring in history, from Villanova University. Attracted to the stage at an early age, he became a professional actor, director and producer. He was cast as Jefferson in the musical, 1776. Barker is the same height, weight and general appearance as Mr. Jefferson. When Barker spoke at VGCC in 2016, David Wyche, the college’s English department chair, remarked, “Short of time travel, this is as close as we can come to meeting the man himself.”

He has performed as Jefferson at the White House, the Palace of Versailles and throughout the United States, Great Britain, France and even on the Las Vegas Strip. He appeared as the Founding Father in programs that aired on ABC, NBC, CBS, PBS, CNN, The History Channel, and C-SPAN.

Image Information: Bill Barker, as Thomas Jefferson, lectures at VGCC in this photo from 2016. (VGCC photo)