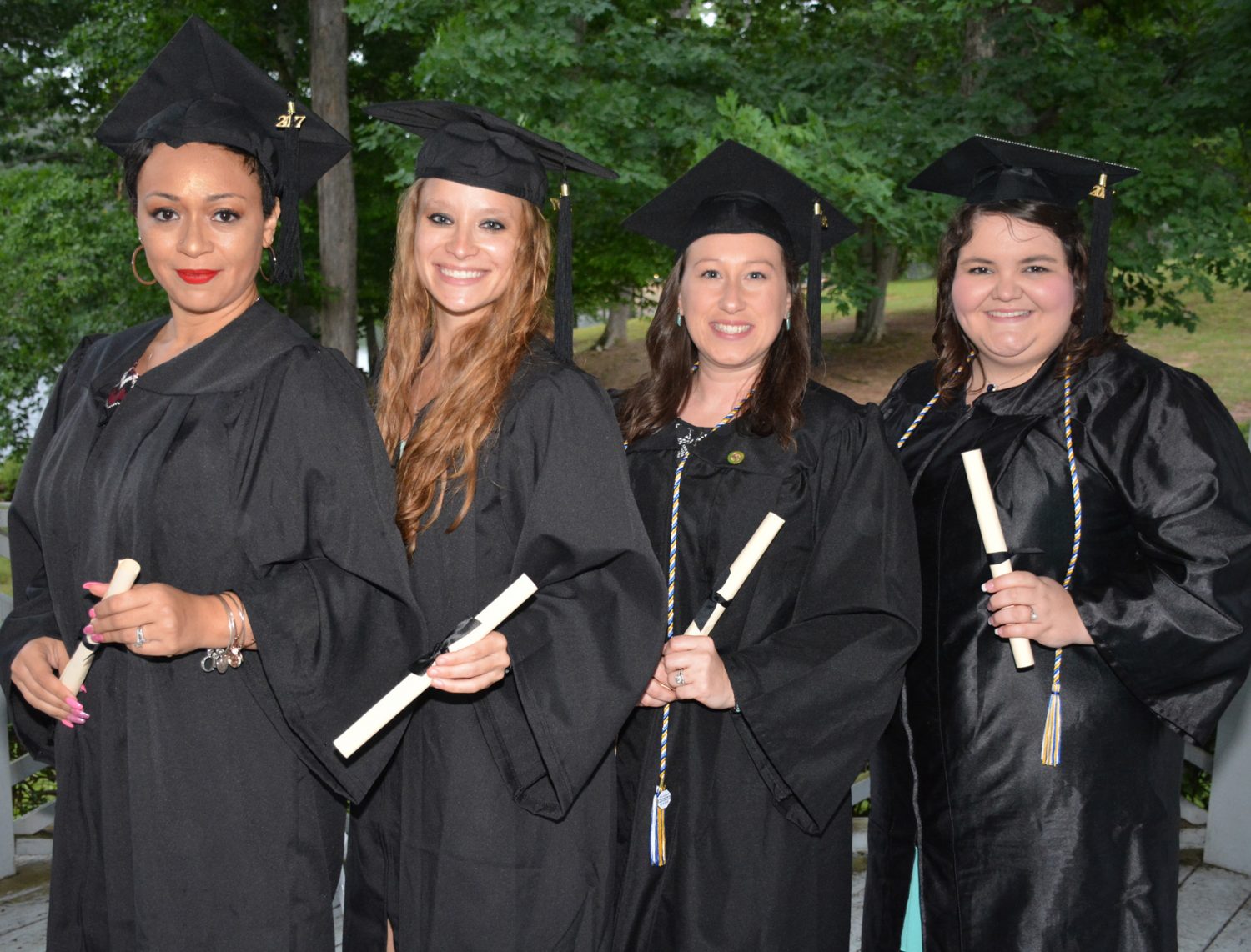 HENDERSON, N.C. — When six students walked across the stage to receive their degrees at Vance-Granville Community College’s May commencement exercises, they quietly made history. They were among the first graduates of the college who had received the “VanGuarantee” scholarship to help eliminate any financial barriers standing between them and their academic goals.

The innovative scholarship program was first announced in 2016 by the president of the college, Dr. Stelfanie Williams, with the first scholarships being awarded in the fall 2016 semester. The VanGuarantee was made possible by a $1.6 million bequest to VGCC from the estate of Wilbert A. Edwards, a resident of Oxford at the time of his death and a native of Vance County. The gift, announced in 2015, is the second largest in the history of the college.

Three of the VanGuarantee recipients participating in Commencement were graduates of the Associate Degree Nursing program: Brittany Champion of Creedmoor, Courtney Humphries of eastern Granville County and Erin Woodlief of Franklinton. Alicia Toler of Raleigh, a former Granville County resident, graduated with an Associate in Arts degree. Kristen Honaker of Henderson completed a degree in Pharmacy Technology. Tanisha Silver of Warrenton graduated from the Medical Office Administration degree program.

“Receiving the VanGuarantee meant a lot to me,” Silver reflected. “I received a community college grant for the fall 2016 semester, but I still didn’t have enough to pay for my books. I was told about the VanGuarantee scholarship, and I was ecstatic about it. It has helped me out a lot, because it has made it possible for me to finish school.” Silver is currently in the job market for employment in a doctor’s office or hospital setting and is considering continuing her education at the bachelor’s degree level. A former certified nursing assistant and a mother, she said she waited until all of her children were in school to work on advancing her own career through education.

Toler said she was very appreciative of the opportunity that the VanGuarantee provided her. She intends to transfer into a four-year university to study nursing. “Had it not been for the VGCC Financial Aid Office staff, particularly Ms. Tonya Strum, telling me about the VanGuarantee scholarship, I don’t think I would have been able to stay in school,” Toler said.

At least two graduates are already employed, Champion in the emergency room at Duke Regional Hospital in Durham and Humphries at Maria Parham Health in Henderson, working in Outpatient Surgical Services. “I am very thankful that I was able to receive the VanGuarantee this year,” Humphries said. “It has helped me finish my last two semesters of RN school. I am truly blessed beyond words!”

The VanGuarantee is designed to cover tuition, student fees and/or textbooks for eligible students whose financial needs are unmet by federal financial aid and other means of support. The program is one of a number of “promise” or “guarantee” programs across the country, created by individual colleges or by states, in response to growing concerns from policymakers and students about the rising cost of higher education. In 2016, the VanGuarantee was recognized by the White House and national groups focused on college affordability.

Some college promise programs are open only to recent high school graduates, but the VanGuarantee applies to all eligible adults in the four counties, reflecting VGCC’s longstanding tradition of helping adults retrain for new careers at any age.

Among the eligibility requirements for the VanGuarantee, students must reside in the college’s service area (Vance, Granville, Franklin and Warren counties) and qualify for in-state tuition. Eligible students must enroll in at least nine credit hours per semester in any VGCC curriculum program and not already possess a post-secondary degree from any college or university. They must first apply for and meet the eligibility requirements for federal and state financial aid programs. Next, they apply for endowed VGCC scholarships. When students still lack the funds to pay for their education after exhausting those and other sources, the VanGuarantee program helps to fill the gap. That makes the program an example of what is often called a “last-dollar scholarship.”

Once enrolled in the VanGuarantee program, students must maintain at least a 2.5 grade point average (GPA) to continue receiving the scholarship.

From left, Tanisha Silver of Warrenton, Brittany Champion of Creedmoor, Erin Woodlief of Franklinton and Courtney Humphries of eastern Granville County are seen here shortly after graduating on VGCC’s Main Campus. Others marching at commencement who received the VanGuarantee scholarship, but who are not pictured, were Alicia Toler of Raleigh and Kristen Honaker of Henderson. (VGCC photo)

Image Information: From left, Tanisha Silver of Warrenton, Brittany Champion of Creedmoor, Erin Woodlief of Franklinton and Courtney Humphries of eastern Granville County are seen here shortly after graduating on VGCC’s Main Campus. Others marching at commencement who received the VanGuarantee scholarship, but who are not pictured, were Alicia Toler of Raleigh and Kristen Honaker of Henderson. (VGCC photo)