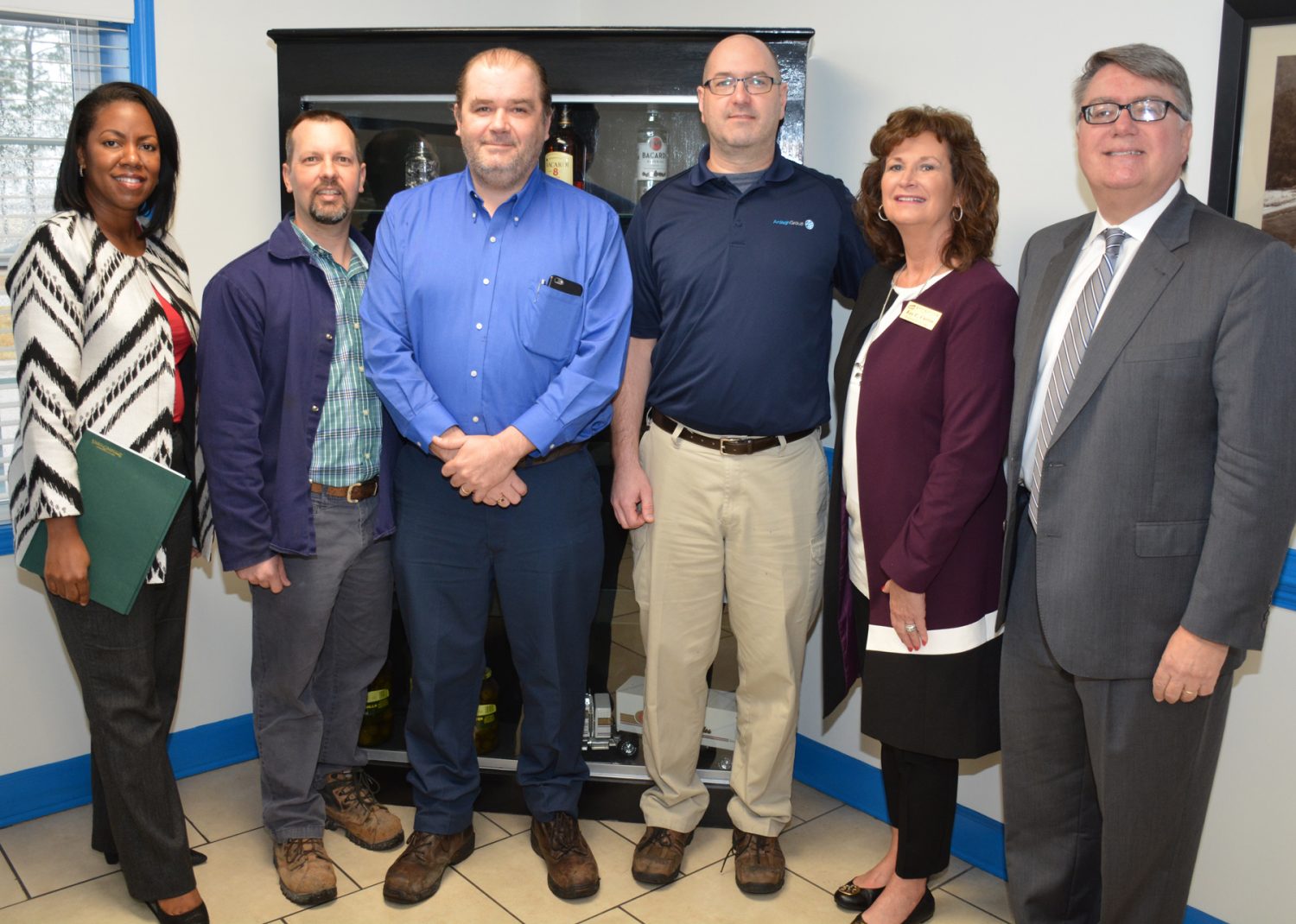 Ardagh Group, a global leader in packaging solutions with a facility in Henderson, has established a new scholarship at Vance-Granville Community College. Once fully endowed, the Ardagh Academic Achievement Scholarship will be awarded to a VGCC student each year.

Ardagh Group manufactures packaging for some of the world’s biggest brands. The company operates 109 glass and metal manufacturing facilities in 22 countries, employing approximately 23,500 people. Ardagh has won over 100 international awards related to innovation and has been granted over 50 worldwide patents. The company, which was once known locally as Saint-Gobain Containers, has collaborated with VGCC for many years, utilizing the college’s industry services, including customized training. Ardagh also partners with the college on Work-Based Learning opportunities and programs related to advanced manufacturing.

The manufacturer has supported the VGCC Endowment Fund Golf Tournament for several years and was one of the premier sponsors for the record-breaking 33rd annual Golf Tournament in 2017.

“We send our employees to various VGCC programs, and it’s been a seamless process for us,” said Todd Glawe, human resources manager for the facility in Henderson. “The manufacturing world is changing, with much more sophisticated equipment, so we need the training provided by technical programs at the college in order to help us be efficient and successful.”

Ardagh’s Henderson plant manufactures glass bottles and jars, and counts North Carolina’s own Mt. Olive Pickle Company among its longstanding customers. That company holds a special place in the history of Vance-Granville Community College, as college Endowment Director Eddie Ferguson noted, because the largest single gift in VGCC history came from the estate of Robert B. “Bob” Butler of Warrenton, a retired executive with Mt. Olive.

“We have been pleased to be able to assist Ardagh for many years by meeting their needs for training, and we are delighted by their generous support in the form of a scholarship that will help local students achieve career success while also enhancing workforce development,” said Dr. Stelfanie Williams, president of VGCC.

Ferguson added, “Ardagh is not only a leading manufacturer on the international level, but is also one of our great local employers and partners, so we are honored by their investment in the future of our college and our community.”

Through the Endowment Fund, VGCC has awarded more than 9,100 scholarships to students since 1982. Scholarships have been endowed by numerous individuals, industries, businesses, civic groups, churches and the college’s faculty and staff. Tax-deductible donations to the VGCC Endowment Fund have often been used to honor or remember a person, group, business or industry with a lasting gift to education. For more information about the Endowment Fund, call (252) 738-3409.