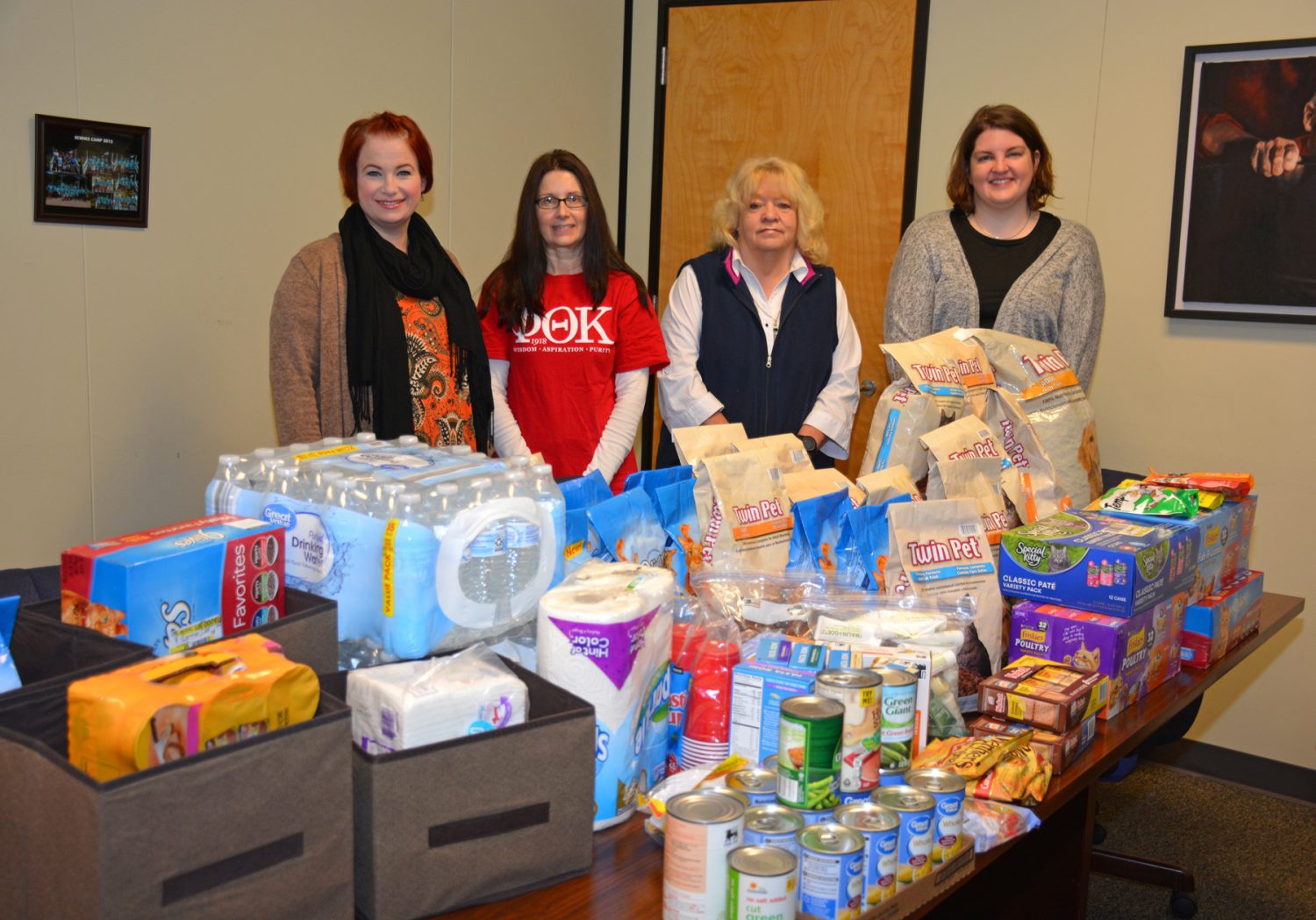 The Vance-Granville Community College Alpha Sigma Chi chapter of the Phi Theta Kappa Honor Society recently conducted a service project in which they collected goods for home-bound seniors in need in Vance and Warren counties, as well as bagged and canned pet food and treats, to aid those seniors with pets. Donation boxes were placed at all four VGCC campuses. Also, in keeping with the theme of caring for pets, a number of donations were collected in November at performances of a VGCC Drama production of “Sylvia,” a comedy that features a dog as one of the characters. The donations were delivered to the Warren County Senior Center and to Area Christians Together in Service (ACTS) in Henderson. Pictured above with some of the collected items are, from left, VGCC Theatre Arts/speech instructor and Department Chair of Fine Arts and Humanities Betsy Henderson (who directed the play, “Sylvia”), chapter Vice President of Leadership Pamela Campbell of Littleton, chapter President Brenda Ellis of Durham, and chapter advisor and VGCC English instructor Maureen Walters. For more information on Phi Theta Kappa, contact Maureen Walters at 252-738-3406 or waltersm@vgcc.edu.