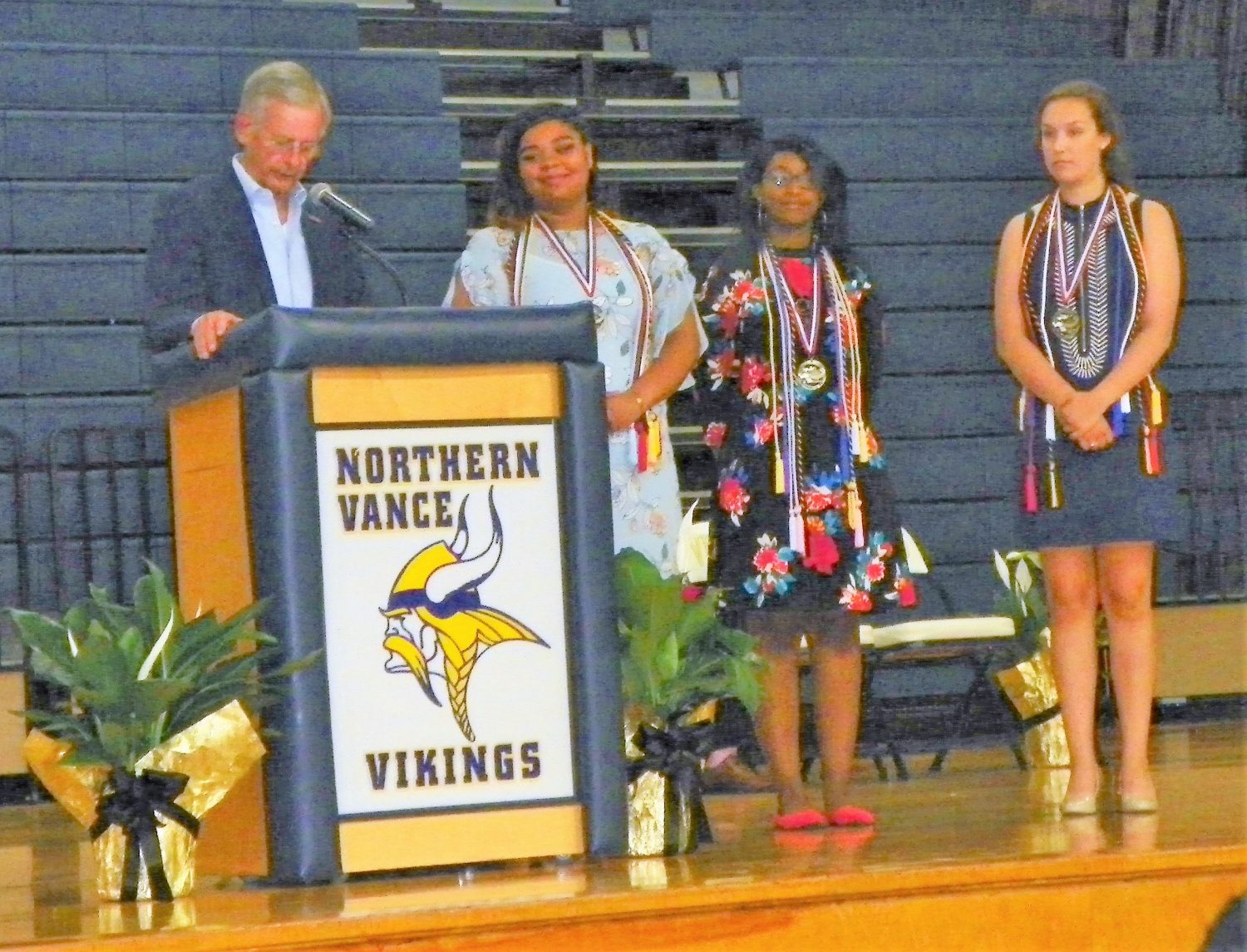 Members of the Class of 2018 at Northern Vance High School were honored during the evening of May 17, at their Class Night celebration held in the school’s gymnasium.

Students in the 177-member class were recognized for their accomplishments during their high school careers. They also accepted scholarships to further their educations at colleges and universities beginning this fall. Their scholarships totaled almost $2 million.

An audience of about 500 people attended Class Night to pay tribute to the graduates.

Class of 2018 leaders stand on the stage as their fellow graduates walk in to begin their Class Night celebration at Northern Vance High School.