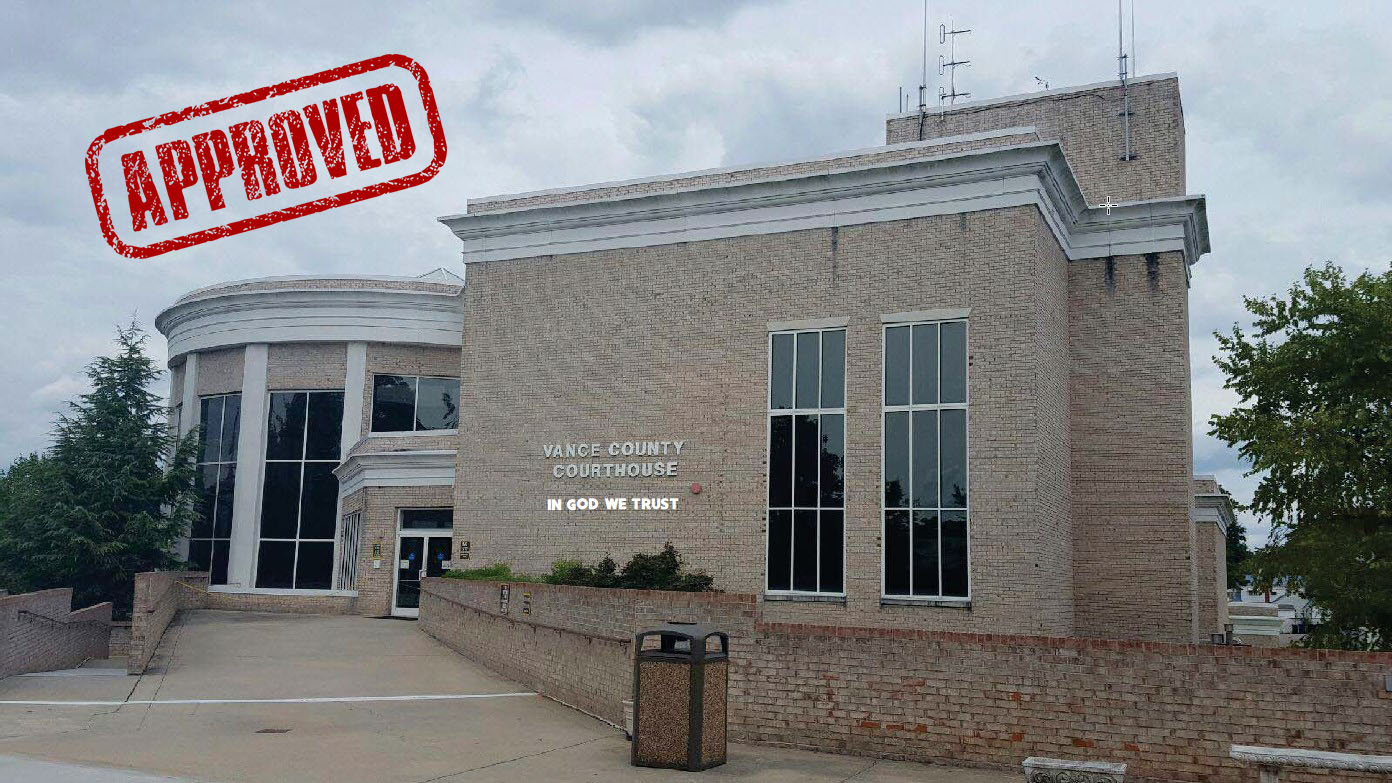 Last Monday night Vance County Commissioners voted to place on a number of the county buildings the motto “In God We Trust.”   This new action immediately raised a major question for me.  Which God?  Does the word “God” in that motto refer to a particular God, does it have specific identification or does the word merely refer to a generic God, an abstract concept of a Holy being?

But then I started thinking about it. Maybe it is a step that the County Commissioner carefully considered and believed that it would be a statement that could bring almost the entire community together. “In God We Trust” that is a bold statement that any good Jew would be happy to make.  The Muslims make the exact same statement in Arabic when the say they believe in Allah. While the Hindu have many deities they worship they do have one who is the major deity by the name of Vishnu, but that could be accepted as “God” in that statement.  Lo and behold, even people who are Christians could step up and agree that they could make that statement. Unfortunately it does discriminate against the agnostics and the atheist but nothing will please every one.

Now I did hear one cynic say something about the fact that that statement is on our money which might mean that what is really being suggested is that Money is our God, and while I do think that money is the primary thing a great number of people worship, I don’t think that our commissioner would be that cynical.

So we get “In God We Trust” on our buildings. It will be very interesting to see how much of a difference it makes in the way our community operates.