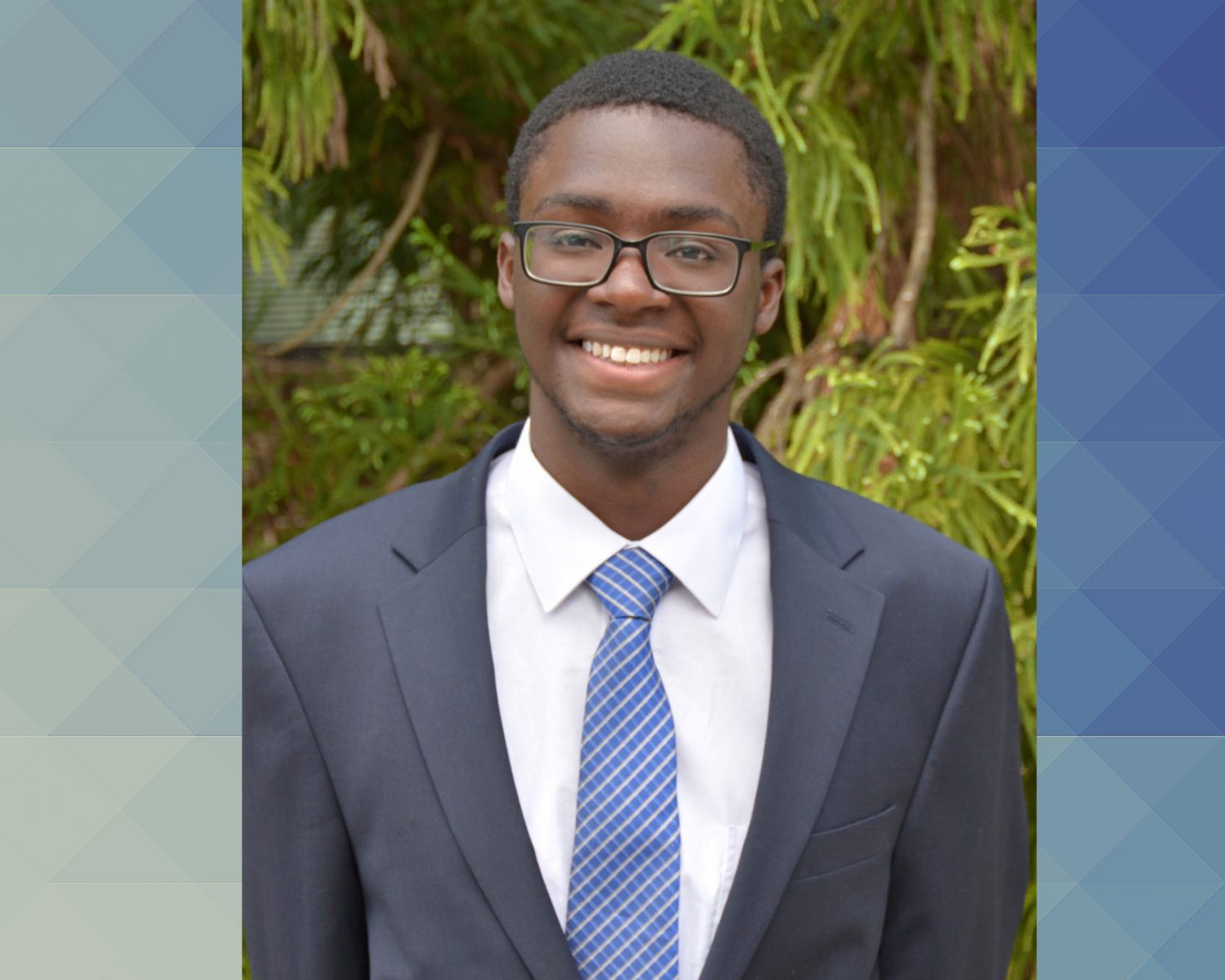 The award was established in 2004 in honor of Scott, who served as Governor of North Carolina from 1969-1973, and as President of the N.C. Community College System from 1983-1995. Each year, the N.C. Association of Community College Presidents bestows the honor on one community college student in recognition of his or her academic and leadership achievements.

Scotland was recognized for his leadership as a student ambassador and as an officer in the VGCC Student Government Association (SGA). He recalled being “hesitant” the first time he was offered a position of leadership at the college. “I was offered the position during my first year at VGCC by my former Chemistry teacher, Steve McGrady,” Scotland said. “He pulled me aside after class one day and told me how good my grades were and asked if I wanted to be a counselor for the VGCC summer science camp. I was both nervous and humbled that I was offered such a position. I feared that I wouldn’t be able to handle such a position, that I couldn’t live up to the expectation he had set for me. I not only took the position, but I have helped with the science camp for the past two years.” That experience led him to take advantage of other opportunities to serve at VGCC.

After serving as a senator in the SGA in 2015-2016, Scotland had to run what he described as “a friendly political campaign” to be elected by the student body to the office of parliamentarian in the spring of 2016. “Through campaigning, I met a lot of my peers who I’ve never had the opportunity to meet before the campaign,” he recalled. “SGA is the voice of the students; we coordinate and plan events for the student body as well as addressing any concerns a student may have.”

Scotland said one of his favorite leadership roles has been as the lead student ambassador. “I was given the opportunity to become a student ambassador in the spring of 2014; then I got promoted to lead ambassador in the fall of 2015,” he said. “As a lead ambassador, I am required to assign other ambassadors to professional and recruitment events that VGCC hosts. This position not only helped me with my time management skills but it also helped me with my overall management skills. Learning how to schedule people to work events in addition to working in a professional environment are life skills I will always carry with me.”

He added, “I didn’t want people to think I’m an overachiever for taking on several leadership titles. Instead, I want to be somebody who can be a role model for my peers. Taking on these leadership positions has given me life skills that are embedded in my life forever and can never be changed.  Being a leader is more than telling people what to do. It’s about active listening and addressing the concerns of others. Even though many people would call me a leader, I am equal part a follower. I believe one can only lead by following others.”

“Francis is one of our most dependable, dedicated and helpful student leaders, and we appreciate his excellent service to the VGCC Vanguards,” said Jermiel Hargrove, the college’s coordinator of student activities and athletics, who advises both the SGA and the ambassadors.

Scotland has excelled academically, as well. He was recently inducted into the college’s chapter of the Phi Theta Kappa international honor society. He has already completed the requirements for both the Associate in Arts and Associate in Science degrees and will march at VGCC’s commencement exercises on May 12. Scotland will continue his higher education at a four-year university in the fall to study electrical engineering.