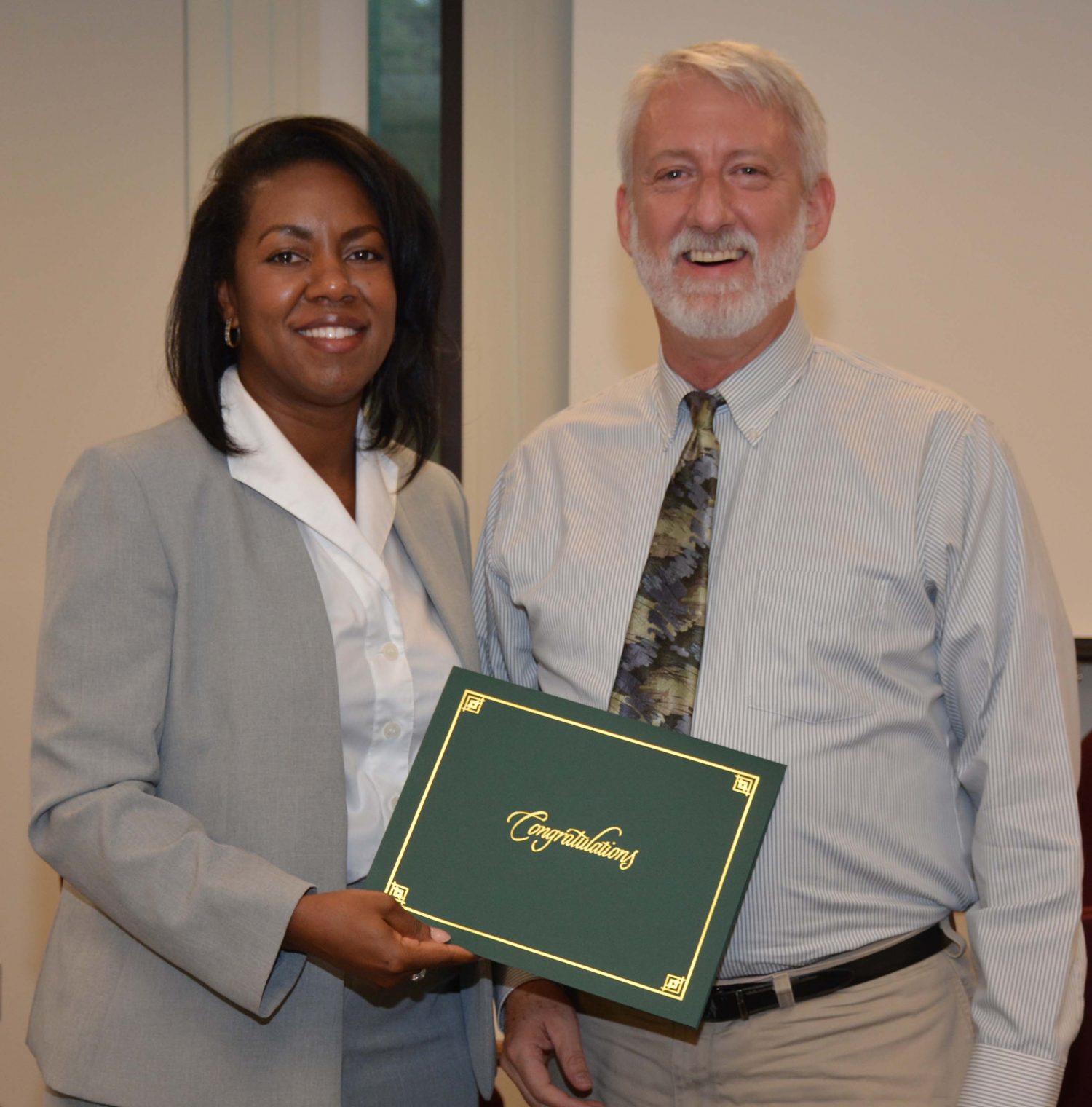 Vance-Granville Community College honored Steve McGrady, chair of the college’s Science Department and an instructor, for his recent receipt of the inaugural Dale P. Parnell Distinguished Faculty recognition by the American Association of Community Colleges (AACC).

In a session with the VGCC Board of Trustees on Monday, May 21, Dr. Stelfanie Williams, the college president, recognized the long-time member of the college faculty for the honor.

“This great honor reflects your long-term commitment to academic excellence, teaching and learning, and student success at Vance-Granville Community College as a faculty member,” Dr. Williams said. “Your dedication has been recognized at the national level.”

McGrady, who is a resident of Durham, was named last fall as the VGCC Faculty Member of the Year for 2017-2018, one of three of the college’s Glen Raven Excellence in Teaching and Leadership Awards. Glen Raven Inc., the manufacturer with a site in Norlina, is a longtime VGCC supporter and partner.

McGrady, a full-time VGCC instructor since 1990 and leader of the Science department since 1992, is a graduate of Wake Forest University, where he earned a bachelor’s degree, and of the University of North Carolina at Chapel Hill, where he earned his master’s degree in biology. He teaches courses in biology, chemistry and geology for Vance-Granville. Prior to joining the faculty at VGCC, he taught at Richmond Community College in Hamlet, N.C.

McGrady was the recipient of the VGCC President’s Leadership Award in 2006 after helping to lead a “Global Studies” initiative that took a group of faculty and students on an educational trip to Costa Rica.

McGrady and now-retired instructor Button Brady coordinated the VGCC Science Camp for middle school students from its inception in 2011, and he has overseen the camp on his own for the last two summers. This year’s camp is scheduled for June 11-15 on the Main Campus.

The AACC is the primary advocacy organization for the nation’s community colleges, representing nearly 1,200 two-year, associate degree-granting institutions and more than 12 million students. The award received by McGrady is named in honor of former AACC President and CEO Dale P. Parnell. The designation was established to recognize individuals making a difference in the classroom. The AACC said recipients are chosen for demonstrating passion for students and the classroom; showing a willingness to support students, inside and outside of the classroom; participation in college committees; and going above and beyond what is required to ensure that students are successful in their academic endeavors.