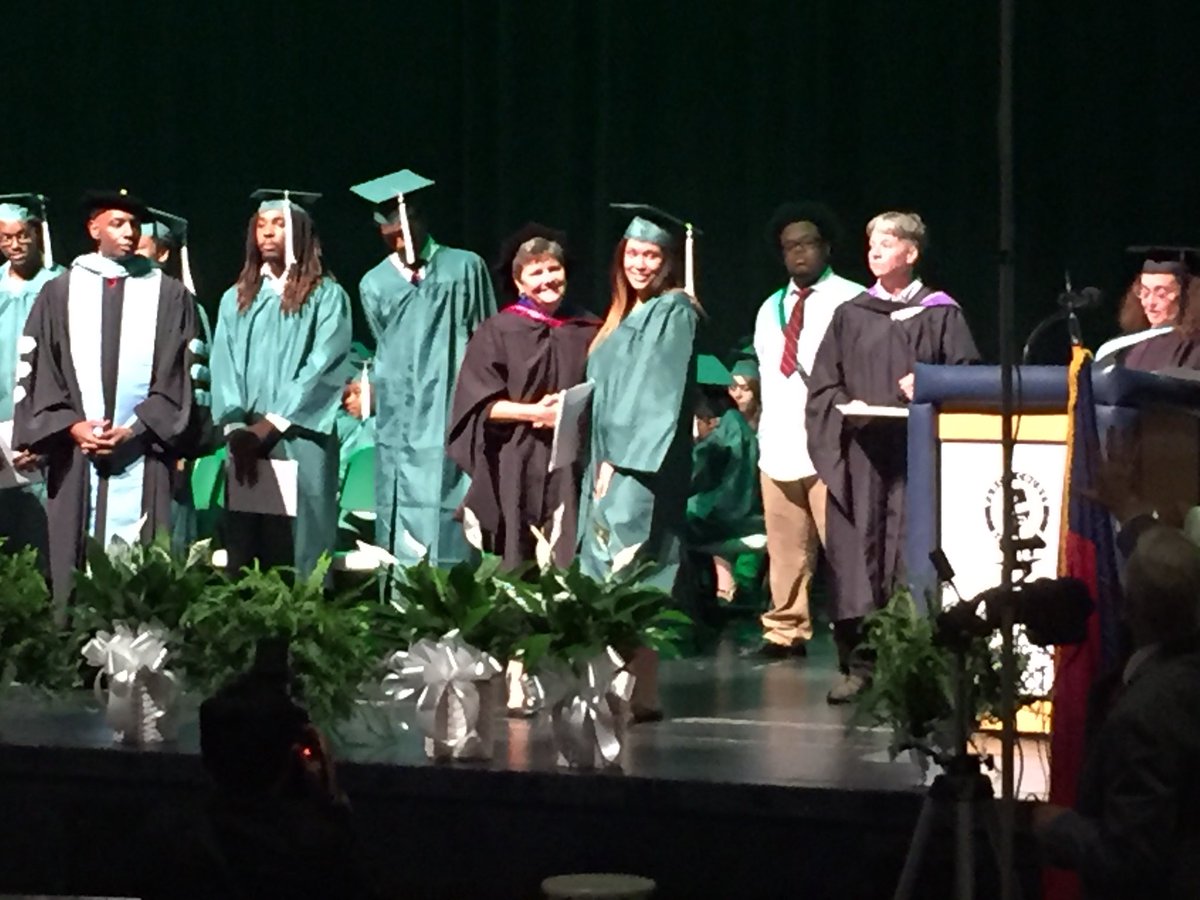 AdVance Academy graduated a record number of seniors in the Class of 2018 during the school’s Commencement Exercises held during the evening of June 8, at McGregor Hall in Henderson.

A total of 95 graduates from AdVance Academy received their high school diplomas during the exercises.

McGregor Hall had an audience of over 700 people gathered in the facility’s auditorium to watch the event and cheer on their graduates.

Melissa Elliott of Graduation Alliance, led the portion of the exercises that involved all of the graduates presenting red roses to their parents.

Que Tucker, commissioner of the N.C. High School Athletic Association, was the featured speaker. She encouraged the graduates to follow their “ABCs,” which she said stand for attitude, believing in yourself and courage. Tucker urged all of the seniors to go out into the world and not let anything or anyone stand in their way of accomplishing their goals in life.

The presentations of diplomas to each of the graduates were led by Ayscue, Eilliott, Superintendent Anthony D. Jackson. Vance County Board of Education Chairwoman Darlynn Oxendine, and Assistant Superintendents Trixie Brooks, Cindy Bennett and Jennifer Bennett.

The graduates will now go on to attend a community college, four-year college or university, join the military or go into the workforce.