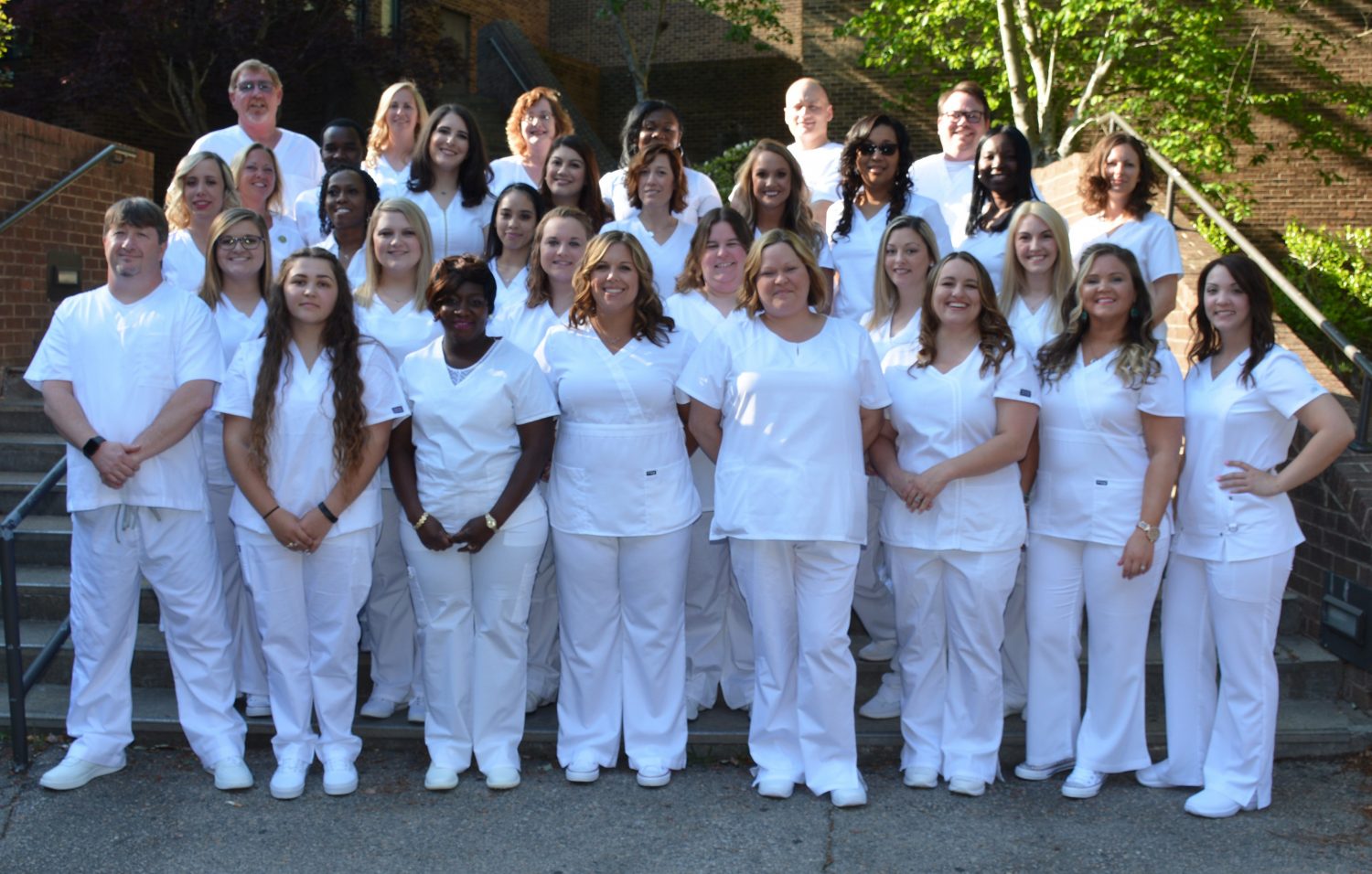 Vance-Granville Community College recognized 34 students who graduated this spring from the Associate Degree Nursing program with a pinning ceremony in the college’s Civic Center on May 9.

Among those honored with distinctive nursing pins at the ceremonies were eight who graduated through the LPN to ADN Transition Program, which helps Licensed Practical Nurses to continue their education and then become Registered Nurses. Those graduates were William Autrey of Henderson; Joan Currin of Kittrell; Tammy Emery of Creedmoor; Brittany McFarland of Kittrell; Latonya Morton of Oxford; Roselyne Muhimpundu of Wake Forest; Laura Murray of Oxford; and Omar O’Brien of Wake Forest.

In welcoming remarks, Dr. Levy Brown, VGCC’s vice president of academic affairs, described the class as being “highly sought after” by employers, colleges and universities because of their educational background and skill level. “Over 80 percent of these students already have a job waiting for them as a registered nurse,” he added.

Halie Brooks, the president of the Class of 2018 nursing graduates, thanked families for their support as well as the nursing instructors. In remarks to her classmates, she added, “We have made lifelong friendships that we will forever cherish. We have also been each other’s support system through the early mornings, long days and late nights. And without each other we may not be here.”

Academic honors were presented to graduates who completed the program with at least a 3.5 grade point average: Adcock, Brooks, Carroll, Duran, Emery, Grooms, Hoyle, O’Brien, Strange and finally Murray, who was recognized for having the highest GPA in the class.

Instructor Brande McIlroy described the significance of the nursing pin. The unique green and gold pin identifies each nurse as a VGCC graduate and indicates that the graduate has the training and competence to serve as a professional nurse. During the ceremony, graduates were pinned by Dr. Seaman, and received lamps and roses from instructors Ugur Celimli and Vanessa Ramseur. Meanwhile, Nursing Department Chair Erica Jastrow read their biographies. After all graduates had received pins, the lights in the Civic Center were lowered, and instructor Crystal Senter led students in reciting the “Florence Nightingale Pledge” by lamplight.

The invocation was delivered by Rachel Morton and the benediction by Brittany McFarland, both of them graduates of the program. Also participating in the program were instructors Patsy Pegram and Michael Frazier.

A Flickr album of photographs from the pinning ceremony is available at https://www.flickr.com/photos/vancegranvillecc/albums/72157696465731814.