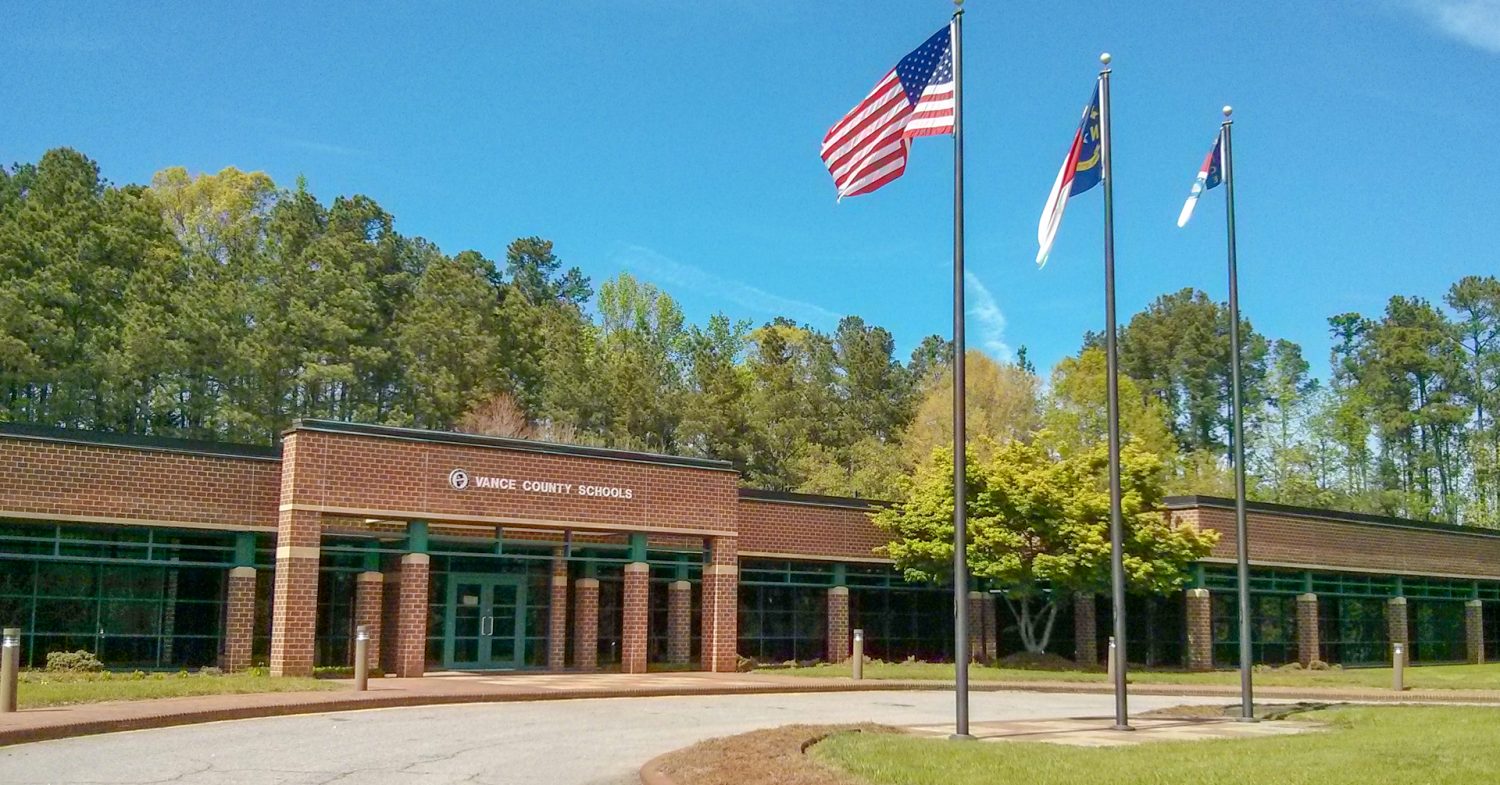 Vance County Schools showed substantial improvements for the 2017-2018 school year based on accountability data released today by the N.C. Department of Public Instruction, evidence of the accuracy of the district theme for the year, “Year of Breakthrough.”

The results were made public today after the data was presented to the N.C. State Board of Education at http://www.ncpublicschools.org/accountability/reporting/

Superintendent Anthony Jackson noted, “It is with great celebration that we announce six Vance County Schools improved their School Performance Grade (SPG) by one letter grade in 2017-2018 and nine schools either met or exceeded student growth standards. The district has one “A” school, three “B” schools, six “C” schools and five “D” schools. We are beginning to see the results of our strategic focus on instruction, leadership, innovation and most importantly, children. The students in Vance County Schools are creative thinkers, have an innovative mindset and have a desire to chart their own course for their future.”
Those six schools improving by a letter grade were Pinkston Street Elementary, L.B. Yancey Elementary, Carver Elementary, E.M. Rollins Elementary, Henderson Middle School and Southern Vance High School.

The outstanding student performances last year were the result of a lot of hard work by students, teachers, school support staff, administrators and parents. Academic improvements also occurred because of school administrators and support staff working with teachers to focus on specific areas in reading and math where students needed additional assistance to improve their skills. Classroom teachers used available data to follow the progress of students and provide extra instruction and interventions to help students improve and reach their goals.

For a third consecutive year, Vance County Early College High School earned a SPG of “A” and exceeded growth expectations. Based on the outstanding performance of students at the school, they earned an overall proficiency rating of 91 percent in end-of-course testing in Biology, English II and Math I. For the Biology and English II testing, Early College students were more than 94 percent proficient. The school’s overall proficiency rating was five points higher than in 2016-2017, another major milestone for the district.

L.B. Yancey Elementary School also improved by a letter grade to a SPG of “B” last year. The school also exceeded growth for the year with a nine-point jump in its students’ proficiency on the end-of-grade assessment to 71 percent from 62 percent the previous year. Clarke Elementary School was the third “B” school in 2017-2018 with an overall proficiency rating of 72 percent, slightly higher than in 2016-2017, and its students met growth.

“Our final performance results for the 2017-2018 school year derive from the intentional, focused hard work of administrators, teachers, students and parents,” added Dr. Trixie Brooks, assistant superintendent for Curriculum and Instruction. “This past year was a ‘year of growth’ across the district. Many schools in the district exceeded the state’s expectations for growth! I feel great about our trajectory towards a ‘year of breakthrough’ with student performance this year. ‘A Year of Breakthrough’ is this year’s theme and we are on our way! We have revised our Instructional Framework to make sure we define what teaching and learning looks like in our classrooms. We are committed to our students and their academic, social and emotional needs. Congratulations to all schools for a fantastic ‘year of growth!’ I am Vance County Proud!”